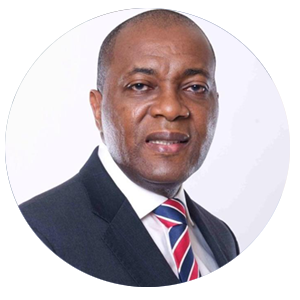 He returned to Lagos HQ to assume a new position as the Pioneer Job Evaluation Manager. In preparation for his new role, Victor had a 6-month on-the-job attachment to the UAC Nigeria Remuneration Division and the Unilever Remuneration Department, UK.

He attended the Remuneration Techniques Workshop at the Unilever Head Office in Black Friars London complemented by on-the-job attachment in the Personnel Department of various Unilever Production sites in the UK. Victor’s function was subsequently enlarged to combine Job Evaluation and Remuneration, thus becoming the first HR Specialist in the Company’s history to head a full-fledged Reward function. Much further into his job evaluation career, Victor attended several Hay Job Analysis/ Evaluation Workshops in London, Paris and Cape Town and became one of the first Hay Certified Job Evaluation Specialists in the Nigerian HR community.

In this role, he developed and implemented the Nigerian Breweries Campus Management Initiative (CMI) and the Young African Talent (YAT) program. For many years, these became the key pillars for attracting bright, young Nigerian graduates into the organization, from home and the diaspora to ensure a continuous, robust talent pipeline. He also developed and implemented a Performance Appraisal Calibration System to ensure objectivity and transparency in the company’s appraisal process. In 2002, Victor was seconded to Heineken Corporate Headquarters in Amsterdam, The Netherlands.

In this last role, he supervised the HR function across Heineken operations in the region, travelling extensively in Central, West and North Africa as well as the Middle East.

Whilst on cross posting in Holland, he was privileged to lead core HR projects in East and Central Europe, The Netherlands, Switzerland, North, Central and West Africa. He returned to Nigerian Breweries in September 2008 to assume the role of Human Resource Director.
In the same month, he was appointed to the Board of Nigerian Breweries Plc.

As part of his Board responsibilities, he served actively on the Audit committee and played pivotal roles on the Remuneration and the Nominations committees of the Board. Victor attended Executive and Senior HR Leadership Development Programs including the Unilever General Management Course at Four Acres, Surrey UK; Cornell University Utaka New York State, IMD Lausanne Switzerland, London Business School UK and Harvard Business School Cambridge MA USA, among others.

Victor retired from Nigerian Breweries PLC in January 2018 upon attaining the mandatory retirement age of 60 and following a distinguished career of 32 years. Shortly after his retirement, Victor was appointed by the Hon Minister of Labor & Employment to the Industrial Arbitration Panel (IAP) as a Federal Arbitrator.

He also serves as member of the United Bank for Africa (UBA) Academy Council.